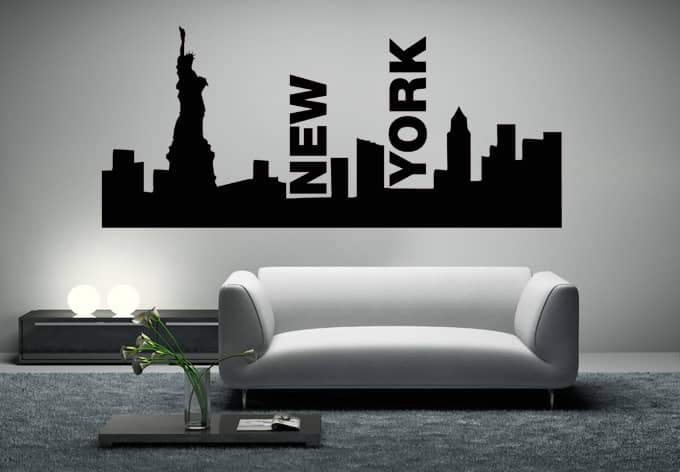 It is probably the city with the best skyline in the world – New York: a place full of life, culture and art. Historic buildings mix up with modern skyscrapers while millions of people walk along the streets of one of the coolest cities in the world. Central Park and Coney Island are one of the most visited places of tourists and just two of many attractions this place has to offer. New York Skyline Wall Sticker is something for the fans of New York or the passionate traveller!

The Statue Of Liberty is one of the most iconic buildings in this city. That’s why we made it the centre piece of the New York Skyline. The wall sticker has a modern touch with straight lines and a no nonsense look. It would look great in a house with a sleek interior design or a teenager’s room. The writing is in a bold design and on its side, which gives it a cool and fashionable appearance. 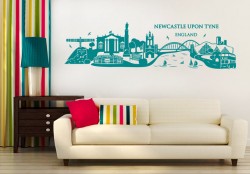